The Number One Lesson Entrepreneurs Learn Too Late

The number one lesson that I think entrepreneurs learn way too late is that speed isn’t everything. Overnight and instant success are ethereal things and not something to be relied upon or aimed for. Yes, there are exceptions to the rule. But generally, as I’ve said before – it’s best to stick to the norm for parameters and reliability. Hey, if you go beyond that – great. But don’t expect it.

My rule of thumb: operate within the realms of the regular.

“Slow and steady wins the race.”

In aspiring entrepreneurs, I see a common inclination to eagerly want to get stuck in, get going, get working. There’s an itch there to just launch. This means that key things such as planning or market research can get forgotten about in favour of getting lost in excitement. In some of my videos, I’ve spoken about the importance of this. So many people just want to get going that they almost force success and try to move too fast. At a pace that’s not actually viable or realistic. That’s where mistakes happen. That’s where you sell yourself short. And that’s where you find yourself going around in circles. And it’s a lesson entrepreneurs learn way too late.

That’s why, four years ago, I started to interview entrepreneurs. In one year I ended up speaking to over 100 people, both young – and I’ve done the same ever since. Learning from them, probing their methodology and seeking wisdom from their lived experience.

I find it absolutely fascinating.

The Root of Success And the thing about all of the truly successful entrepreneurs I spoke to – was that they all had one thing in common.

So – these successful people. If they were starting off in business – what would they do?

The rough answer is: they would think about the area of business that they want to get into, and they look at several other businesses in the same vein. This is to make sure that whatever it is they’re going to commit themselves to – is the right path for them. 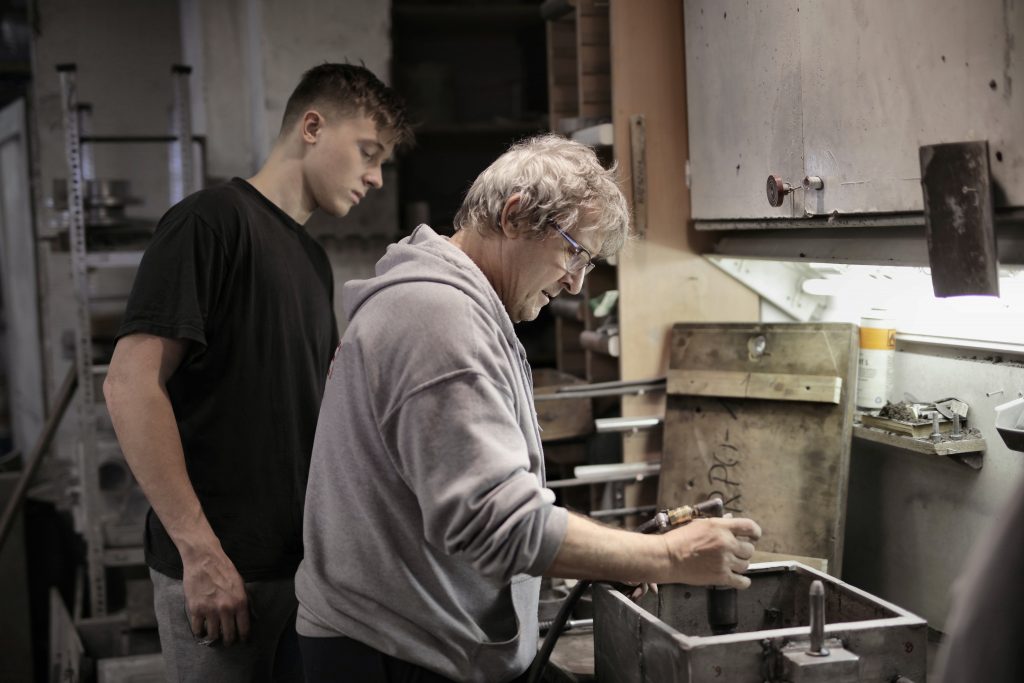 Once they’ve identified and made sure this is the right sort of business for them – instead of jumping in to do it themselves, they’ll find whoever it is in that space who they look up to the most – and they’ll serve an apprenticeship.

Now, this might not seem like the most likely path in entrepreneurship, but trust me when I say it is invaluable.

Entrepreneurs do this because they realise the value of learning from somebody at the top of their game, it will accelerate their journey in the long run. The notion of serving an apprenticeship I think is something that’s often overlooked. It’s a huge tool for learning and is one of the single best ways to give yourself the leg up that you’re looking for when starting out in your field.

Then when it comes to starting – they’ll start slow. Because they know from the experience gained working under an expert – that’s the best way to begin.

Everything has its natural growth curve. And if you try to force that you end up having to make school-boy errors such as throwing money at marketing in the early days. That just costs too much. Experienced and successful entrepreneurs know that everything has it’s natural growth curve. They don’t try and force it, they go with the flow.

If they just focus on improving the business by just 1% each day – those small increments of success and improvements will snowball into something bigger. And as a result – will eventually get that exponential growth curve that they were trying to force in the very beginning.

It’s Not a Race

I really hope you take home what you’ve read today. Far too many people are trying to race ahead on their business journey. They make too many mistakes and even worse, as a result – some burnout. And the business flops as a result. It’s the most important lesson entrepreneurs learn – and they tend to learn it too late.

This doesn’t have to be the case.

Embracing that natural growth curve means that entrepreneurs can relax into the flow of that curve, take things as they come, and do themselves justice. Ultimately – they will succeed.

It feels so good to be back. Check out this insa