How to Self-Fund Your Business Idea

There’s something really riveting about an entrepreneur who has found a way to self-fund and essentially does what they want. Now, granted, sometimes that can be bad in practice. But sometimes, it can also be like art. And be a really, really beautiful process to watch.

The thing that sets entrepreneurs apart is that they have their own way of doing things. There is a vision there for the business and themselves, which holds a lot of integrity. So when it comes to funding, this vision can sometimes become dampened. Once you secure funding from an external source, you then have to compromise your unique way of doing things in order to appease investors.

Which brings me to my key point, and something that many people may think is not an option for them: how to self-fund your business idea.

It might not be exactly what you had in mind, or happen as fast as you would like. But it is do-able. And is something that is in your interest especially if you don’t want to compromise your idea.

Ultimately, I think entrepreneurs should really strive to be self-funded and to self-govern the route and success of their business. But this can become very challenging when you have a big idea.

Looking at any business now that is successful, the chances are that it’s been founded for 5 or 10 years. The key is not to look at the business now – but look at how it started. Businesses are built gradually. So we need to peel back those progressions over the years, right back to the bare beginnings.

What stage was it at each year of its life? Each year it progresses, it opens up more opportunities for itself, so winding it back to its origin is really interesting.

Even at their origin some big businesses need big funding. But if your idea needs funding and you don’t want to reach out to investors – there’s another way of looking at it, in a more pragmatic sense.

I’ve spoken before about why we shouldn’t discount the potential of a small idea. And this is a great example of why.

Say, for example, your big idea is opening up a cafe. If you want to jump straight to that – this is what it might look like:

That’s a pretty intimidating figure. The amount of capital that big idea requires to be realised as it is – is a lot. And there’s a ton of know-how you don’t have yet in order to run it. You’re jumping into the deep end here. If you have that amount of capital to self-fund – you can jump straight in. But jumping in at the deep end also means you skip over a lot of smaller stages that have huge learning potential that pave the way leading to that bigger idea.

So, there are things you can do to self-fund your big idea in a smaller, slightly different way. Which will actually be of benefit to you in the long run in terms of experience.

Starting Small to Fund the ‘Big’ 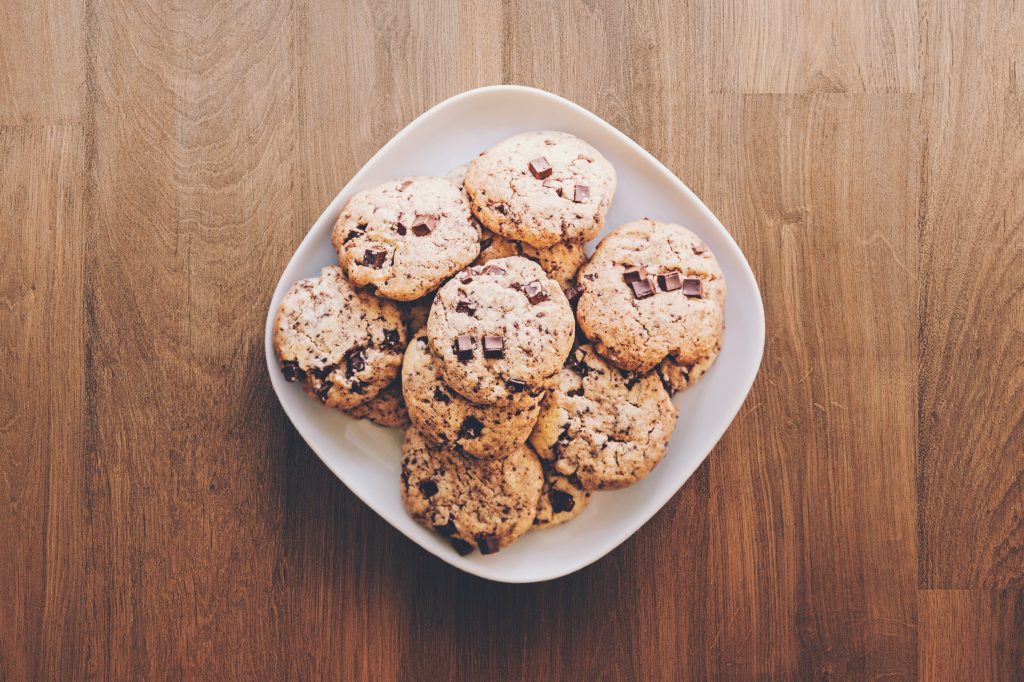 So let’s think about it. What part of your big idea do you think will help it excel? What is going to make that cafe you want to open really outstanding? Perhaps it might be your Grandmother’s family recipe for delicious cookies.

So let’s start with that:

This idea is viable. You could brand these cookies with the idea of this future cafe in mind – make them in your home and sell them at a farmer’s market. There are no real barriers to entry on that. And the idea is to build revenue from that.

Set up a basic stall to begin with. Then, as the cookies progress, develop that stall and introduce a second idea. Coffee, perhaps. Which means, with coffee as well as cookies, you’re able to do twice the amount of business. So the first small idea leads to the second.

The third stage might be setting up space in an existing unit. And Stage 2 → Stage 3 will go twice as fast as Stage 1 → Stage 2.

So while your business won’t have its own unit, because you’ve built up a reputation and brand footprint, you can now take a unit in somebody else’s store. Here is where you can refine your business which will then open up the doors to self-fund your own unit, and the big idea: your own cafe. 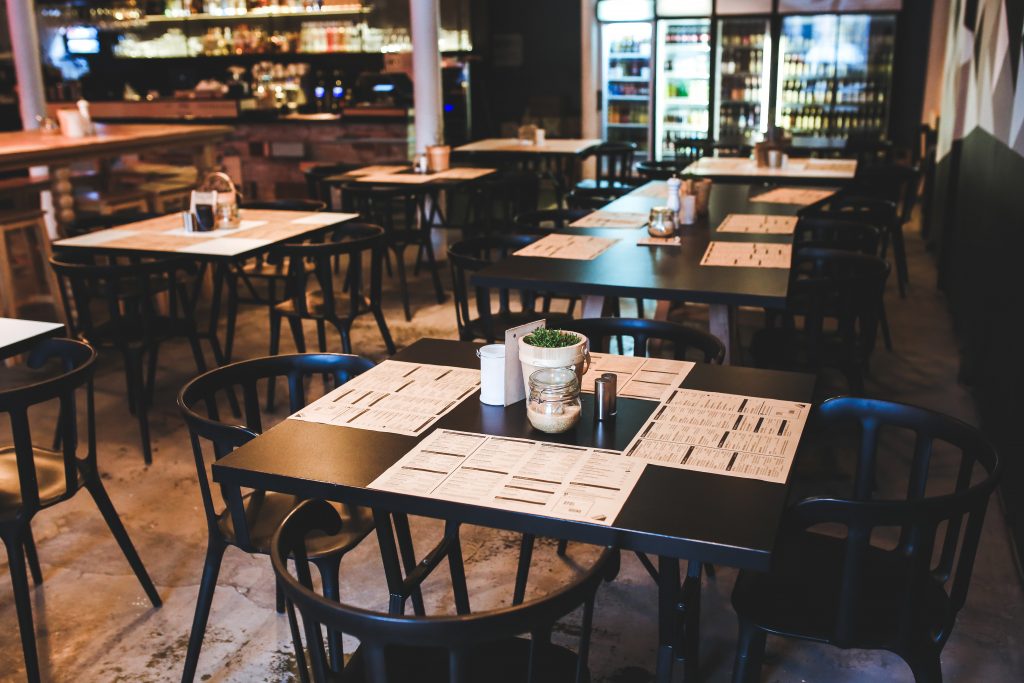 What you’ve done here is started small by doing something that can make a bit of money to begin with. Which, in turn, takes you on to the next stage that might also make a little money. And eventually, bring you up to the point you needed to get in order to launch your big idea.

It Can Be Done

The example started with at Stage 1, was something that had zero barriers to entry and was self-funded: with €1,000 or less, even. The mind-set is: how can I start something with a few bob in the bank and the determination to work hard? Start with that.

And then look at how you get that to Stage 2. And then Stage 3.

It’s important to know that this is possible. Because you can learn so much if you start with the absolute bones of an idea. As I said, you skip over a lot of those lessons and building blocks if you get big funding straight off the bat. And a lot of the time when people skip over those important stages – they fall back. 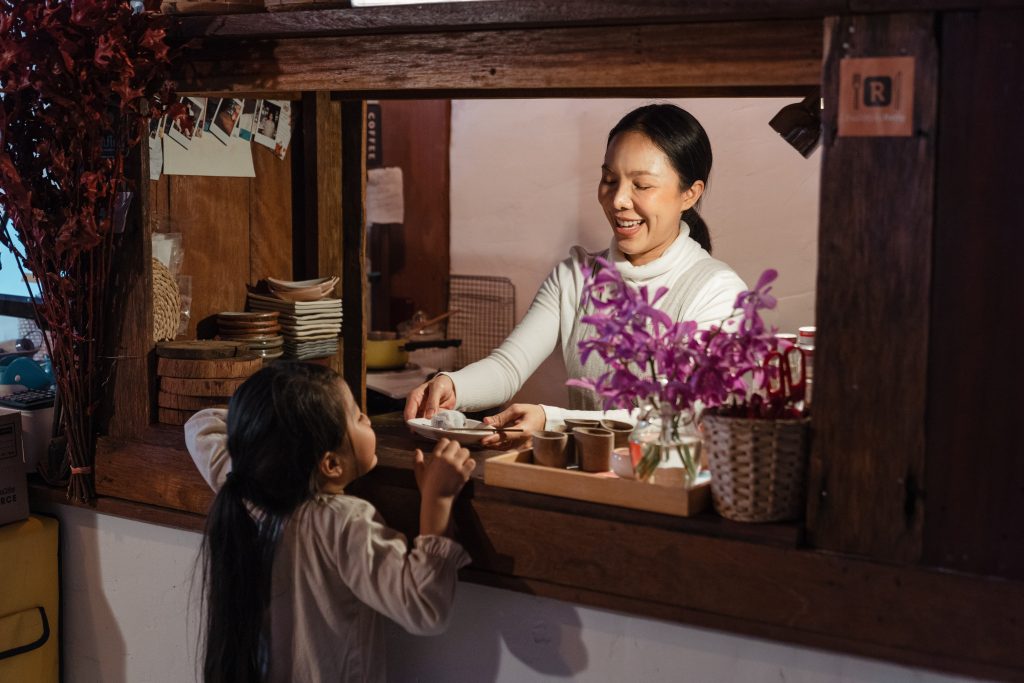 So rather than jumping high and falling back down, opening up smaller ways of getting started in the initial stages is really key.

And honestly, this thought is what’s going through my head when I’m looking at new ideas very often. So I thought I’d share this process with you.